If you’ve read this blog for any length of time, you know that the Silly Robot has a special place in his memory banks and emotion chip for the Hard Sci Fi genre. Authors such as Robert Heinlein, Arthur C. Clarke, and John Scalzi permeate the way I think about science fiction and how it is written.

Lately I have ben frequenting io9.com, reading all sorts of interesting articles about all sorts of interesting things. The thing I love about io9 is their blending of science articles with a genuine love for science fiction. They intertwine sci fi into most of their articles about science, and do so in very informative and entertaining ways. I have gleaned several ideas for stories on their site, and I hope they continue to churn out content for years to come.

Hard science fiction is special to me because science is a major part of the storyline. I have a degree in Agriculture, which basically means i have a degree in biology with a concentration on production, so being scientifically accurate is sort of ingrained into my being. I have scoured countless scientific journals for research facts, and doing so for fiction i write is commonplace. Weaving these facts into a work of fiction is accomplished in many different ways.

I love Arthur C. Clarke because of his use of science in his stories. They aren’t always the strongest plots, but the science is fascinating. I just have to keep reading and reading to find out what all of the gadgets do.

Heinlein tends to use science as a sociopolitical device in his stories. Artificial Intelligence running revolutions, exo suits driving a conquest, and Martian colonies causing a dramatic social revolution on Earth are a few ways he accomplishes this. Ideals are achieved through the use of technology and scientific proficiency.

HSF is usually associated with long paragraphs explaining tech and how it is used. John Scalzi has a fascinating few pages on his ‘skip’ drive in the novel Old Man’s War. And it actually adds a weird element to the story as he does it. It’s quite fascinating. And OMW is a really good book on top of it.

Most HSF stories take place in space, utilizing FTL propulsion and other theoretical technologies. The desire of the authors to stay scientifically relevant drives the universes their stories take place in. Some of them, Isaac Asimov comes to mind, even start a separate writing career in the non-fiction section of the bookstore. Robert Heinlein and Arthur C. Clarke were even brought into the newsroom for the Moon Landing in 1969. Science permeated these mens’ lives, driving them to write the fiction they are so renowned for.

How To Do It

So what if you just like writing about some guy who galavants around the galaxy with a laser gun saving pretty girls?

Then HSF probably isn’t for you.

But if you want to write it, remember a few of these things:

It’s all based on a desire to stick to facts and accepted theories. Find a theme and go with it.

Sticking to facts doesn’t mean you can’t draw conclusions based on them. Does your FTL drive move the ship or the space around it? How does time factor into your story? Are there sentient species on other planets? All of these, and more, can shape your story.

Have fun. Reading some of the guys that are dead then switching to guys that came after them is sometimes disheartening. They think HSF means that everyone is totally and completely serious about everything and nobody laughs. Heinlein makes all sorts of jokes in his writing, and Arthur C. Clarke has an entire story about two British freight pilots sneaking the prince aboard their vessel without the captain finding out.

That’s why I like John Scalzi. He’s a throwback to those guys without being a copy. Go read his books.

To Infinity and Beyond

If you want to write HSF, become a researcher. A true student who learns and adapts. Have fun in the facts. And most of all, write good stories. 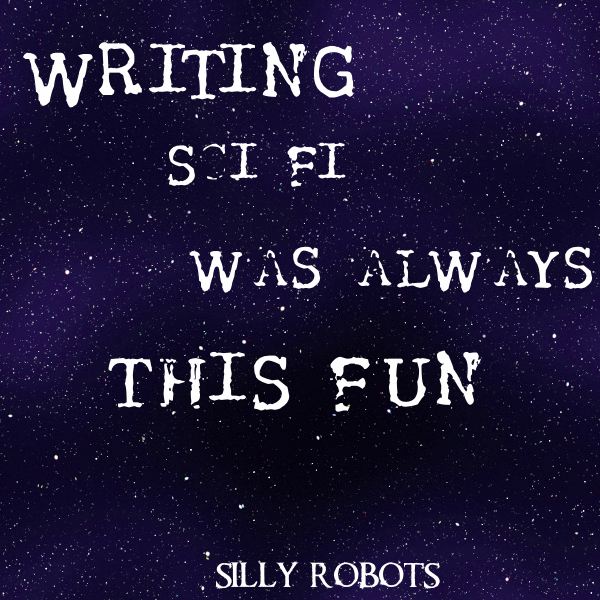 Futurism is a hot topic. Especially if you’re into being an entrepreneur. Predicting and/or setting future trends can be a make or break skill in the business world.

But what about the original futurists:

How does that work? Where would I start? What exactly is futurism?

The single greatest joy of a science fiction writer should be futurism.

Basically you get to make up whatever you want. Make sure it’s a good idea.

The idea of futurism is not necessarily to predict the future, but rather to speculate on the future. Most writers who end up being prophets are speculating with known information, not dictating what will happen with that information. It’s a tough process sometimes, but one that’s worth going through.

Think about some of the most successful science fiction authors Arthur C. Clarke writes stories about solar system colonies and wandering alien space ships in the near future. Robert Heinlein writes about space marines fighting for territory on foreign planets in the future. Isaac Asimov writes about a world full of helpful robots that permeate every level of society. Philip K. Dick writes about memories being implanted and removed from people’s brains. Suzanne Collins writes about a near future held together by children fighting to the death for honor.

All they did was dare to dream of the future and what could be.

This is the staple of being a futurist as a writer: you have to dream. If you predict, you will almost certainly be wrong. But if you dare to dream, you just might be right. And that is the success of some science fiction writers. They dared to dream of the future and they actually ended up predicting the future.  If you haven’t, you should watch the Science channel’s Prophets of Science Fiction series. It details this process and is very informative. The series consists of biographical documentaries following eight science fiction writers who changed the world with their writing. It’s extremely intriguing, and gives a wonderful picture of these futurists in their element.

What Does the Future Hold?

As you begin to envision your version of the future, there is one central question that has to be your starting point:

Am I an optimist or a pessimist?

This is the difference between Utopia and Dystopia, a nuclear war or treatied world peace. Mad Max and Star Trek if you will. Look at the world around you and ask yourself where you see it going. Is it to greatness, or oblivion? This will greatly shape the world you are writing, and may even lend something to the story (other than setting, of course.)

Well there’s a starting point for becoming a futurist in your science fiction writing. Stay tuned for future  parts to the series!

I’ve been thinking a lot lately.

We live in an interesting period of history. I won’t go into a rant on any level. But I will say this: we have to start thinking about our future.

Back in the 50’s and 60’s futurism was all the rage. The space race was on, the Cold War was in full swing, and Science Fiction writers were mostly positive about the way things were going. Artists and writers came up with worlds that were full of awesome technology and shining visions of jetpacks and flying cars.

If you haven’t noticed, we don’t have either of those.

Others envisioned a world run by electronic strips on small cards and computers that run everything in the home.

The point is simply this:

They dared to dream of the future.

As writers of science fiction, it is important to dream of the future. Often our stories are set there, making it not only important, but necessary. Maybe you dream of a space faring human race. Or perhaps you stick with the 80’s futurists and see a world full of cybernetics and dystopia. But we have to always be looking forward, to what lies ahead.

I have several visions of the future. All of them are different and depend on an infinite number of circumstances.

“A generation which ignores history has no past — and no future.”
― Robert A. Heinlein

All of these works have their own perspective of the future. And the best thing is that they were written in the past, yet they hold visions of a future not yet reached. By observing these writer’s visions of the future, we can draw our own conclusions. One interesting thing to note is that some of these writers thought their futures would be in place in the time we live in now. Which begs the question:

When do we see our futures happening?

This post is kind of weird and very speculative, but the main thing I want to get across is our need to dream. I said at the beginning that I have been thinking a lot lately.

I’ve been thinking about the future.